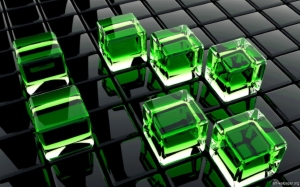 So here I am in an exaggerated straddle (deeply reminiscent of Tae Kwon Do’s horse stance) with my shoes slipping on the wet asphalt, my thigh muscles screaming in agony, and a bucket of piss between my legs.

This is not going to end well.

So yes, Day 13 of a “four hour” remodeling job and who knows how many hundreds of dollars.

Vigilant hunting on the internet tells me that this particular job would have taken a licensed contractor four hours and cost about three hundred dollars.

For those of you late to the show that was

About a four hour job and a day of airing since I do have MCS and am thus allergic to construction materials and paint fumes.

Here is what actually happened.

Steve hired a friend (A) to do the work.
He does not bother with ventilation safety except to open a window.
He did not know how to remove one shower panel so he pulled on it really hard and ripped down all three walls and damaged them and all three sheetrock walls in the process.
He went to buy a new shower panel set ($250)
He did not know how to repair the sheet rock…something he admitted AFTER taking the job so he called a friend (B).
The friend had done handyman sheetrocking and after helping to cut out the moldy panel he partially mudded in the wholes in the wall and left.
A returned from his straight job to find the walls unfinished. He put the work on hold until he could get B back to finish the job.
B was at his straight job but returned 4 DAYS later and A stood over him while he finished the job. And presented HIS bill.
A needed help with the gluing and placement of the shower walls and B had left again so A calls his son (C).
C is an idiot. A tells C to drill holes in the panel to correspond to the faucets. C takes a wild guess and puts them in the wrong place.
A goes out to Home Depot and buys another panel. ($50)
A drills the holes himself and has to go to work.
2 MORE DAYS pass.
A returns and glues up the panels. They are out of alignment so he takes them down and puts them back. They don’t fit so he hastily adds more glue and sticks them up and runs caulk into all the cracks.
C is called to go and buy more caulk and caulk tape and a caulking knife.
A fudges the whole mess and presents Steve bill for labor and materials. He then takes the remaining materials (No longer his as Steve paid for them) with him. He does not sand the mud above the wall or do any painting.
Steve sands the wall and gets the paint matched. Then he calls A and tells A he did a crappy job and Steve wants a refund.
A hurries over and sands a bit of the walls.
More bill.
C steals all of our tools which he borrowed for A and himself to do the job.
4 DAYS pass while caulk and sheetrock mud and glue all dry and outgas.
A, B, and C leave all the mess – dust, globs of caulk, paint splatters for us to clean up.
Steve muds in remaining holes with mud he bought and tools he bought.
Steve paints the walls and applies wallpaper to areas where paint will no longer adhere.
3 DAYS pass while outgasing and drying process continue.

And while I have learned that vinegar in bowls, baking soda, activated charcoal, chopped onions and even just buckets of water absorb most paint and industrial fumes making cleanup easier, as of this writing the house is still not safe for me to enter and so I have had to have a roommate who can’t really cook warm my meals for me, then I have to eat said meals outside; and I’m sleeping in my car. (A 2002 Ford ZX3) and urinating into a bucket as the bathroom is still not safe for the HEALTHY members of the household much less me.

Also as of this writing, we have spent far more money and have to deal with a far larger aftermath than we would have if a professional had been hired in the first place.

I have been showering at Planet Fitness and pooping there as well.

As all my books, papers, notes, computer, clothes and blankets are inside the house, I have been alternating between three shirts and three pairs of pants for the last two weeks. I have not shaved, trimmed my nails or brushed my teeth. I have not worked on my book or anything else. This blog is being thumb written on a Kindle.

My one foray into the house – to test the air – showed that all of my blankets, clothing, curtains and so on will have to be washed, that EVERY solid surface will have to be dusted, swept, damp mopped and mopped, and that the bathroom itself will require at least another two days of airing AFTER someone cleans it, assuming I can convince them to do so.

I have learned a lot about how to pee standing up (female, remember) and when it is dark enough to do it in an urban environment, how to dispose of waste in a city, how to dress in a four x three foot space, how to store clothing and shoes, and the odd book into that same space (door pockets, passenger seat, glove box, etc.), and quite a bit more that has to do with spatial relations, vehicular topography, and making do.

SERIOUSLY STEVE, NEXT TIME HIRE SOMEONE TO DO IT RIGHT!

One thought on “The Mold Saga Continues….”